What happens when you have a breech baby? 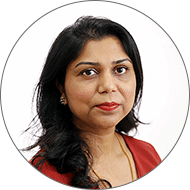 A breech baby is when the baby is positioned bottom first late in pregnancy. Breech births can be complicated for both mother and baby, and planning for this occurance should be done in consultation with your Obstetrician.
About 3 percent of all births are breech, and babies will often turn themselves around towards the last stages (35+ weeks) of pregnancy. If your baby is breech, which is usually detected by an ultrsound, your doctor might suggest performing an ECV (External Cephalic Version) after 37 weeks. The aim of this is to turn the baby into the head first position, ready for a vaginal birth.

How is an ECV performed?

An obstetrician will put their hands on the abdomen to try to turn the baby into a head-down position.

A foetal doppler will monitor your baby’s wellbeing for 20-30 minutes before the procedure and again after the procedure.

A small needle will be inserted into your hand so that medication to relax your uterus can be administered directly into your vein.

An obstetrician will then perform an ultrasound to confirm the position of the baby, and then attempt to turn the baby by pressing their hands firmly on your abdomen. Some women find this uncomfortable, while others don’t. The pressure on your abdomen lasts a few minutes. If the first attempt is unsuccessful, the obstetrician might try again. According to medical literature the ECV has a 40-70 per cent success rate. The procedure only takes a few mintues, but it can be uncomfortable for some women.

When is ECV not recommended?

Every woman and pregnancy are different, so make sure any concerns or questions you have are discussed with your Obstetrician.