Insights on different aspects of gynaecology and pregnancy from Dr Samina 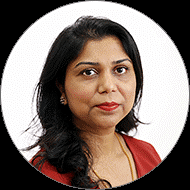 A miscarriage usually occurs because the pregnancy is not developing properly. The development of a baby from a female and a male cell is a complicated process. If something goes wrong with the process, the pregnancy will stop developing. Miscarriages are more common in older women than younger women, largely because chromosomal abnormalities are more common with increasing age.

If you lose your baby after 12 weeks but before 24 weeks of being pregnant, this is called a late miscarriage. Late miscarriages are sometimes called second or third trimester pregnancy losses. They are much less common than early miscarriages, occurring in around 1-2 out of every 100 pregnancies.

WHAT IS A RECURRENT MISCARRIAGE?

WHAT CAN BE DONE TO REDUCE MY RISK OF FUTURE MISCARRIAGES?

If you have had a late miscarriage, or been diagnosed with recurrent miscarriage, you might have lots of questions about what can be done to reduce your risk of having further miscarriages. The first step will likely involve a series of tests to determine if a cause can be found for your miscarriage. If these tests reveal a possible cause, the second step will involve exploring treatment options with an Obstetrician or Gynaecologist.

WHAT DOES THIS MEAN FOR FUTURE PREGNANCIES?

If you have been affected by late or recurrent miscarriage, it is understandable to be concerned about what this means for your future pregnancies. When you next conceive, you and your partner should be seen by an Obstetrician / Gynaecologist.  Your doctor will be able to offer individualised support for your circumstance and discuss the likelihood of you having a successful pregnancy. If a cause has been found for your miscarriage, treatment options to improve your chance of carrying to term will be discussed.

The good news is that most couples who have suffered from late or recurrent miscarriage will have a successful pregnancy at their next attempt. Women who receive regular supportive care from a doctor from the beginning of their pregnancy have an increased likelihood of successfully carrying a baby to term. Reassuringly, for couples with no identifiable cause for recurrent miscarriage, around 75% will have a successful pregnancy with early supportive medical care.

If you need some help or advice on miscarriage, please contact your local GP or get a referral to see Dr Samina.